In Response To: When will this 'nightmare' end?. . .numbers and a little extra. . . (MillRatUSMC aka Ricardo)


Non Gratum Anus Rodentum
(Not Worth A Rat's Ass)
Some in the GOP are now saying 'Little Donnie ' is too mentally challenged to have done a quid pro quo (favor-for favor) in the Ukraine.
If that be the case, who is behind this strange-behind the scenes operation?

You could have an abuse of power without having bribery and a quid pro quo, Mimi Rocah Former Fed Prosecutor SDNY said.
Just asking a foreign power to intervene in our election is an abuse of power and an obstruction of justice.

Yes & also consistent with efforts to demand that a foreign country announce an investigation into his political rival. Everything exists to serve his political aims, even foreign policy & military aid. Thus, impeachment.

Yes @WillieGeist asked me on @Morning_Joe how I would feel as a prosecutor who had this bribery case against 'Little Donnie' (if we could actually charge him) on these facts as we now know them. Pretty darn good.

For over a year, I resisted calls for an impeachment inquiry, knowing it is a remedy with serious consequences for the country.

But the evidence we've uncovered of the president's abuse of power has made that inquiry a necessity.

We will do our duty. 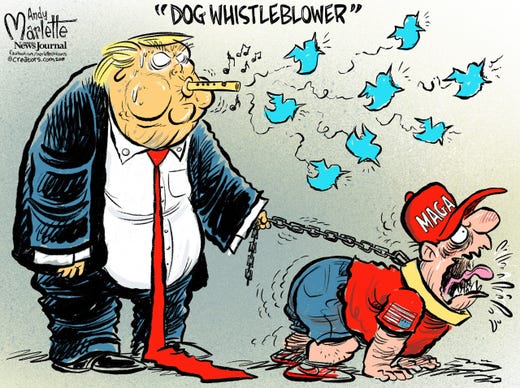