In Response To: With all this time. . .poetry. . . (MillRatUSMC aka Ricardo) 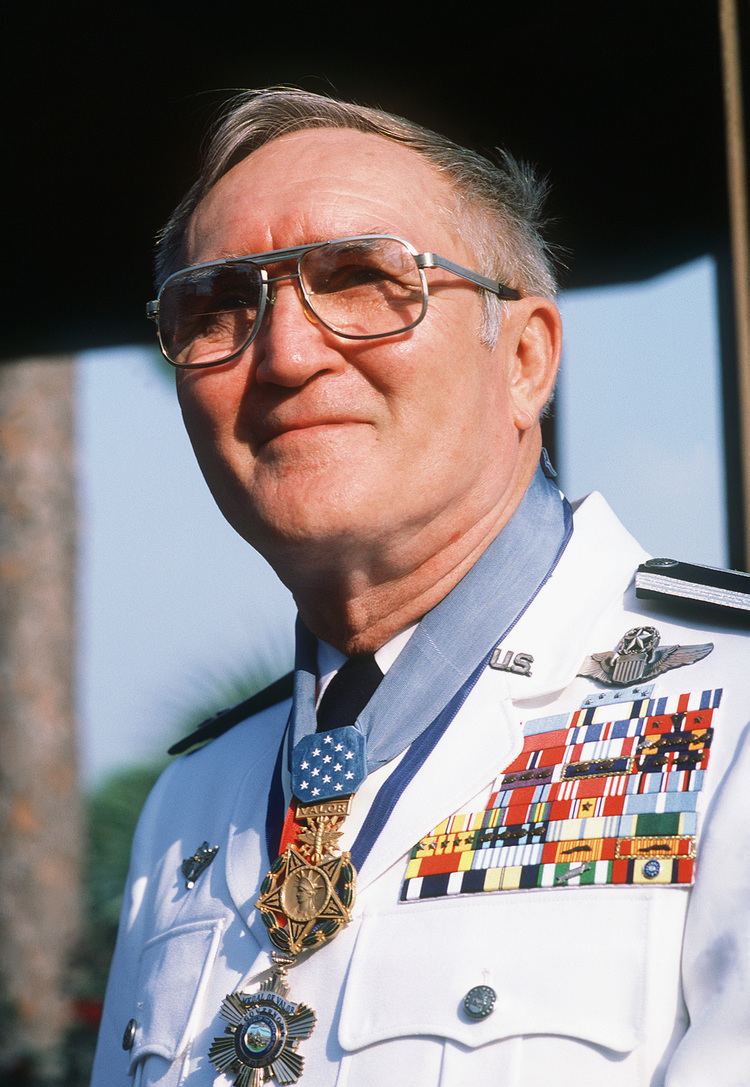 America has always been GREAT because of such men who only thoughts were 'return with honor, return with honor, return with honor'.
Those were the thoughts of Colonel George Edverette 'Bud' Day, recipient of the Medal of Honor.
'return with honor' does not apply to the HORSE'S ARSE in OUR White House.
The Medal of Honor, nor other medals of valor are 'WON' they are earned.
Some by giving their life so others might live.
Medals and awards on any member of our armed forces uniform are only personal to that individual.
Colonel Bud Day, wings with a wreath denoting Squadron Commander.
The 'blue and white' ribbon is equal to our Medal of Honor by the South Vietnamese government.
All the other ribbons denote medals that he earned serving in three of our wars.
One officer on seeing other men, thought 'where do we get men such as these?'
This nation has always been GREAT though the hard work of all that make up this nation.
Every color and every language they speak to make this nation a 'melting pot'.