In Response To: Fauci's statements are based on science ... Humpty's are .... (Stimer)

WASHINGTON (The Borowitz Report)—Calling it the “passing of the baton,” Senator Rand Paul on Monday thanked Senator Tom Cotton for replacing him as the most hated person in the United States Senate.

Paul expressed surprise and no small amount of admiration at Cotton’s feat, telling reporters that being ousted from the most-detested perch was “something that, quite frankly, I didn’t see coming.”

“When I started attacking Dr. Fauci, I pretty much thought I had the title sewn up,” Paul said. “What I didn’t count on was that someone like Tom was going to come out of nowhere, saying slavery was necessary.”

According to Senate insiders, Cotton beat out a daunting field of competitors for Senator Paul’s crown, including Mitch McConnell, Susan Collins, and Ted Cruz.

While he praised Cotton’s audacity in snatching the most-loathed mantle, Paul warned that keeping the title for the long haul is another challenge altogether.

“Becoming despised is easy—staying despised is what separates the men from the boys,” Paul said. “Having said that, I firmly believe that Tom Cotton has what it takes.” 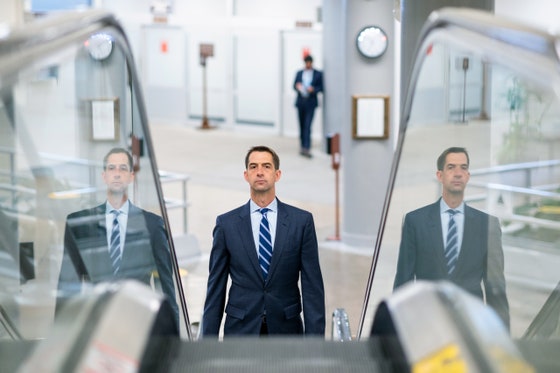