(NBC News) WASHINGTON — One of his most important early backers now says supporting him "was the worst mistake I ever made in my life" and a top donor called for him to be censured by the Senate.

That's just some of the condemnation that's come Sen. Josh Hawley's way since the Missouri Republican became the first senator to announce he would object to the counting of Electoral College votes and then moved forward with his plan even after a pro-President Donald Trump mob had stormed the Capitol on Wednesday.

The largest newspapers in his home state called on him to resign. His publisher canceled its contract with him for an upcoming book. He's been pilloried by both Democrats and Republicans for leading the futile objection effort.

And a viral photo of Hawley entering the Capitol before the riot, showing the senator in a slim-fitting suit, hair perfectly coiffed and raising his fist toward the gathered crowd, has already become a lasting image of a day that won't soon be forgotten. 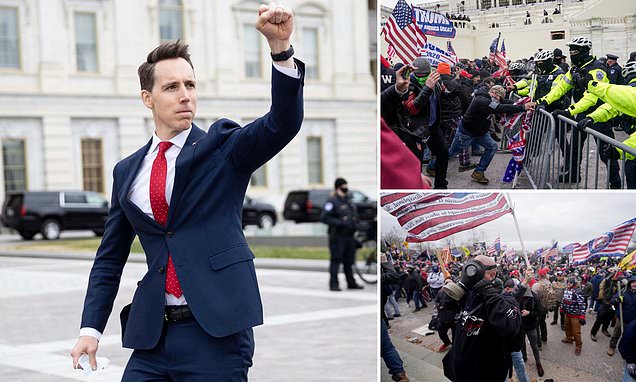 "It was like a Dukakis-on-the-tank moment," one Republican strategist told NBC News in reference to a famous attack ad on the 1988 Democratic presidential nominee, "in that he just looked phony and out of place and like a doofus."