In Response To: From the old 'GRUNT' OP. . . (MillRatUSMC aka Ricardo)


Non Gratum Anus Rodentum
(Not Worth A Rat's Ass)
The nation capital looks like a war zone and our State's capital need protection.
From terrorists from within.

From the web.
Below is a list of domestic terror cases and events.
That came before and ultimately led to the Capitol riot on Jan. 6.

The insurrection at the U.S. Capitol last week will likely spur domestic extremists to carry out more violent attacks.
According to a government intelligence bulletin obtained by Yahoo News.

The Joint Intelligence Bulletin, a product of the Department of Homeland Security.
The FBI and National Counterterrorism Center, uses stark language.
Not previously seen in similar government warnings, such as blaming violence.
On "false narratives" that the 2020 presidential election "was illegitimate.
Or fraudulent, and the subsequent belief its results should be contested or unrecognized."

At long last, we’ve reached "safe harbor" day, when states must resolve election-related disputes. Under federal law, Congress must count votes from states that meet today’s deadline. Donald Trump is essentially out of time to steal a second term; our democracy, it appears, will survive, at least for now.

In 2016, I failed to predict how Trump’s subversion of the GOP would remove the two-party ballast that democracy needs to thrive. And I failed to appreciate how his ruthless use of executive authority, abuse of the regulatory process, and selection of sycophants and grifters as political appointees would eventually overwhelm the federal bureaucracy and deeply wound due process, science, and ethics.

These events taught me that democracy is fragile. The last four years in particular have been an urgent call to action to reclaim our democracy, to fix it, to reimagine it. 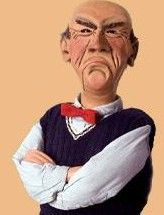